That’s a very good question. We decided to provide an answer once and for all in a series of articles on the topic. This is the first one. We hope you find it both useful and enjoyable.

Reduce the world’s greenhouse gas emissions or suffer the consequences of poisoning the Earth’s atmosphere and oceans.

An overly simplistic view of a complicated and controversial topic. The following article is not about climate change per se or opinions regarding. The aim is to thoroughly explain the GHG Protocol, emphasise how the accounting and reporting actually works, and shed light on how we at Klappir assist businesses in achieving their environmental aims.

The Story Behind the GHG Protocol

We need to establish a little bit of context before diving into the GHG Protocol itself. In 1998, the World Resource Institute (WRI), a U.S.-based environmental NGO (non-governmental organization), and the World Business Council for Sustainable Development (WBCSD), a Geneva-based coalition of 170 international companies, convened the Greenhouse Gas Protocol Initiative. The mission of the GHG Initiative was to develop an internationally accepted GHG accounting and reporting standard for businesses based on the international treaty signed in December 1997, the aforementioned Kyoto Protocol.

The history of greenhouse gas research can actually be traced back much further, all the way to the beginning of the Industrial Revolution. In 1852, after investigating numerous environmental issues, a Scottish chemist named Robert Angus Smith exposed the relationship between acid rain and atmospheric pollution in Manchester, England. Smith published his research in a book entitled Air and Rain, the Beginnings of Chemical Climatology (1872), where he coined the term “acid rain”.

Nearly a century later, with pollution rising every year, the Parliament of the United Kingdom enacted the Clean Air Act 1956, primarily in response to the Great Smog of London that killed an estimated 12,000 people and hospitalised 150,000 more with respiratory illnesses. Around the same time, across the Atlantic, the Air Pollution Control Act of 1955 was the first piece of US legislation where air pollution was identified as a national problem. The Clean Air Acts of 1963, 1970, and 1990 further emphasised emissions standards and funded research into solutions in the United States.

From a business perspective, the GHG emissions inventory is the essence of the Corporate Standard. GHG emissions sources identification and mitigation projects are the key elements of the process. The Corporate Standard should not be used to quantify the reductions associated with the mitigation projects for use as offsets or credits. The forthcoming GHG Protocol Project Quantification Standard will provide the standards and guidance for this purpose.

The Klappir EnviroMaster is the solution for monitoring and tracking GHG Emissions Inventory. The EnviroMaster smart environmental management system is a web-based solution that streams emissions data sourced directly from service providers in near real time, as well as consistent and transparent GHG accounting and reporting over time. Another excellent feature is the deep diving analytics that are used to focus operational business decisions on what matters most.

The GHG emissions inventory is used to account and report on the six greenhouse gases outlined in the Kyoto Protocol: Annex A. Carbon dioxide is the major contributor, making up more than 80 % of the total GHG emissions, while Methane and Nitrous Oxide contribute about 15 – 17 % together depending on the economic sector. The HFCs, PFCs and Sulphur hexafluoride are grouped together and labeled Fluorinated gases that comprise about 3 % of the total. However, these are considered High Global Warming Potential gases (High GWP) with harmfulness up to 23,000 times greater than carbon dioxide.

The GHG Protocol Corporate Standard is a definitive advantage for any company, government, organisation, university or other that wants to set the pace in GHG emissions awareness and carbon footprint reduction. In May of this year, Nasdaq officially launched their new global Environmental, Social, and Governance (ESG) reporting guide for public and private companies. The ESG reporting is considered the non-financial side of business operations (although plenty of financial health can be discovered through this reporting) and many investors worldwide are beginning to appreciate the need for broader consideration of all business practices, not just financial prospects and operational performance. The GHG Protocol is an excellent weapon to use in the strategy to provide as much accuracy and transparency in environmental accounting and reporting.

The EnviroMaster is the foundation of the Klappir Green Solutions web-based platform that is expertly designed for managing the GHG Protocol Corporate Standard. The ESG Statements provided from the data collated in the EnviroMaster define the Scope 1,2,3 emissions data in convenient graphs and tables for easy distribution to organisational stakeholders and potential investors.

today for your personal tour of the EnviroMaster and learn how we want to enhance your capabilities for conformance with GHG Protocol standards. 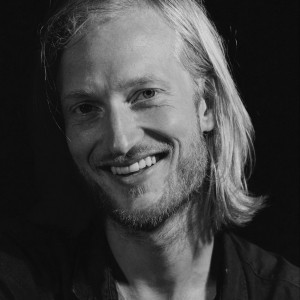